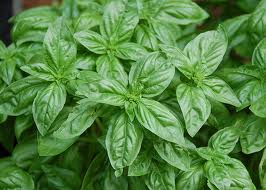 
Basil ordinary - aromatic plant as which homeland consider the Southern Asia. In gerbarny books it is noted that it has got to Europe only in the 16th century. Has quickly won sympathies of Europeans the fragrant smell. Was considered as spice, noteworthy kings. Has quickly extended also in Africa, on islands of the Pacific Ocean.

Basilicas and have long history of worship and hatred. Its name is translated from Greek as "King", and in Hindu religion to it treated as sacred spice. However in Europe in the Middle Ages considered that under pots scorpions get divorced from basil and only the smell of basil creates scorpion in brain. The basil is known as "tomato spice" for his friendship with tomatoes. There are more than 150 kinds of basil.

It is known that the basil enjoyed popularity in Ancient Greece. Greeks called it royal grass. In India it was considered as sacred. The set of signs has been also connected with basil. Greeks considered as bad sign if the basil grew on graves, Romans believed that the more the person uses basilica, the more it will prosper, on the island of Crete of basilicas symbolized the love washed by tears.

As spice of basilicas it is used in fresh and dry look. Once it was called imperial grass. All elevated part it differs in pleasant odor and delicate flavor. Its properties are shown in dishes as if gradually - at first it gives slightly bitter taste, and then sweetish smack. It is put in soups, vegetable dishes, especially from haricot, peas, beans, tomatoes, spinach, sauerkraut, in meat dishes.

Today this plant is connected with Italian cuisine. It is well combined with tomatoes, green vegetables, salads, soups, eggs, fish, cheese, mutton, pizza and sauces for makaron. The basil in any kind is used at production of ketchups, sauces, sauces, gas stations. The crushed dried leaves of basil improve taste of sausages, pastes, add them to quenelles. This seasoning is used in omelets, salads, crabs dishes. The basil fragrant is applied in the canning industry to aromatization of marinades and tomato sauces. It serves as seasoning to meat, mushroom, fish dishes. Thanks to pleasant odor, it is used in marinades, pickles.
Characteristics:
Country of manufacture:Egypt
Processing of products:Dried 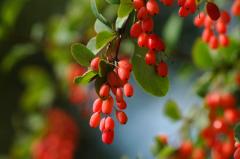 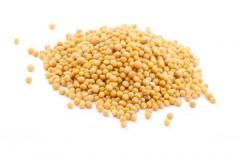 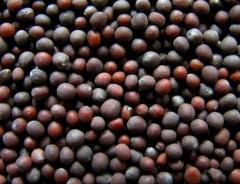 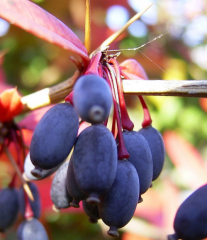 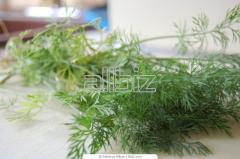 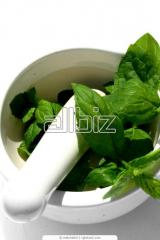 Basil. Spice plants and herbs ground. Fragrant to buy basil in other languages